Eighteen members gathered from all over the UK and headed to India on the 4th October, 2019 with much excitement and anticipation. It began with an overnight flight, and after much bureaucracy at customs to get the expedition boxes through, left the rest of the day to explore Delhi with members heading to local monasteries or markets to experience city traffic in tuk-tuks.

We had an early flight the next day to Bagdogra and a seven-hour car journey through bustling towns and winding hillside roads with a stop at the Sikkim permit office to obtain a vital entry stamp. Despite the lengthy journey, the views of the Eastern Himalayas were well worth it. Having almost lost several of the group at a holy festival, we set off to Gangtok (1650m). Twenty-four hour urine collections were commenced and we retired to a much-needed bed and the start of our pulse oximetry recordings that shone a delightful red glow on the bedroom walls.

The 7th October saw the start of all the experiments. The reception area become a medical examination room, a bedroom become a phlebotomy lab complete with a centrifuge, the hallway a waiting area, and a nearby bathroom was converted into urine processing center with collection, storage, and disposal. It was amazing how much could be done in such a small space!

Mechanisms contributing to proteinuria at altitude were investigated and included daily collections of all urine output, early morning urine specimens and nightly pulse oximetry recordings. A study of interoception was conducted at two camps which aimed to investigate perceived breathlessness before and after ascent and, ultimately, determine if hypoxia influenced one’s own perception of breathing. Lastly, six-minute walking tests were undertaken to assess changes in gait and any relationship these changes may have with the onset and progression of acute mountain sickness (AMS). The first was performed in Gangtok on a nearby roadside. Our high-speed walking quickly captured the attention of children, dogs, monks, locals in passing cars and even a drunkard who tried to be included in the study. After experiments, the group explored Gangtok but torrential rain drove us back to the hotel for dinner.

The next day was an early start with all the experiments running much more smoothly and completed within two hours. We hit the road with a long drive to Lachung (2,624 m). A beautiful mountain route with landslides and prayer-flag festooned rickety bridges. In the evening most stayed in the hotel bar to avoid monsoon rains and leeches. Those venturing into the countryside came back befriended by bloated leeches attached to all parts of the anatomy. As the storm continued in to the night, the rather dodgy Indian electricity fried a few battery chargers.

With a leisurely start and a sunny morning, the interoception team completed their first round of testing whilst others enjoyed the sunshine, solar charged their electricals and bought some last-minute snacks for the trek. The afternoon saw more rain forcing the gait study into the hotel foyer, much to other guests’ amusement.

The morning data collection was becoming more efficient so by midday we were on the road to Lachen. A recent landslide had made the road impassable and so we had to take a detour via an Army Base. However, whilst waiting to the enter the army camp, one of the car’s batteries failed. With an unsuccessful attempt to jump start it by rolling down a hill, the drivers switched batteries from another vehicle.

Next stop was the Zemu river where we met our team of porters and guides for the trek. We planned to camp at Green lake, to the east of Kanchenjunga, the third highest mountain in the world. It is an extremely remote part of the world, with less than 100 visitors a year.

With around 60 crew helping, it became apparent what a huge operation this was. Bags were weighed and the porters set off with our experimental equipment, camping gear and personal belongings. We were given a pack lunch (curry of course) and sent on our way along the river. Scrambling over landslides carrying lunch proved somewhat tricky but we managed to find a small clearing to hurriedly eat, with many worrying about leech attacks! But the was beautiful. It followed the glacial river up through a primary spruce forest and the rain held off until the last half an hour. We arrived to find that porters had put up the mess and sleeping tents and we were welcomed with hot chocolate and snacks. Due to the many landslides and difficult path, those with heavy or wide loads had really tough ascents. Sherpas with head torches were sent down to help light their way. Quite a few of the experiment boxes were delayed, so urine collection was put on hold. Given the really tough day for the porters we decided to have a rest day allowing the fittest porters to carry things to the next camp.

We had a relaxed day in the forest with the sun shining through the trees and a rainbow highlighting the snow-covered mountains. All experiments were completed, the bird watching expedition departed for a successful explore of the path ahead and there was much time for sunbathing, battery charging and card games.

The following day was a short trek to Jakthang Camp (3,240 m), beautifully situated beside a fast-flowing river. Having raced up the mountain through the rhododendron forests, the group arrived by 11.00 am with some free time to relax by the river before having a delicious lunch and retiring to the tents for an afternoon nap.

The next morning greeted us again with beautiful clear blue skies. As tents were dismantled around us, data collection continued and daily medical examinations were conducted in the warmth of the sun. On the trek to Yabuk (3,850 m) we passed several landslides with a perilous drop to rapids, forcing us to the inner edge of the mountain path. The walking ended at the upper end of the forest as it changed to low-lying rhododendron bushes and scrub, largely hiding in clouds. The rapid ascent to nearly 4,000 m led to headaches and nausea in several people. Yabuk would be our base for the next two nights to allow acclimatization. The rest day at Yabuk led to relaxed data collection in the clouds with a very tough walking test. It was Cas’s birthday and the group were all delighted with the production of a giant birthday cake (and some whiskey) in the evening.

The next day was to base-camp, nearly 1,000 m higher. As we ascended the shrub turned to grass and the air thinned. Amongst river crossing and sighting of ‘blue’ sheep we stumbled across a giant rock. Our rock climbers were delighted. Bouldering competitions entertained us as we lazed in the intense sunshine catching our breath. As morning clouds cleared huge snow mountains filled the landscape culminating in Kanchenjunga at over 8,500 m. A little further on we arrived at our top campsite where we were met with hot lemon juice and biscuits. It was a truly stunning place and well worth the difficult trek. This was to be our home for the next three nights. The large igloo-style expedition research tent was set up and as many worked others played an entertaining cricket match with Sherpas amongst the tents and rocks.

4.30 am sunrise found everyone outside admiring the mountain view. With sun lighting up Kanchenjunga and the moon still shining it was breathtaking. But not all was well. Several people had succumbed to the altitude and needed acetazolamide with the medical team keeping a close eye on them. Oxygen saturations wavered between 75% and 90% leaving hypoxic brains to make slow decisions on experiments that were simple lower down.

Serum sample storage was also a problem Our dry-ice pipe-line from the manufactures 400 miles away in Kolcata was fully stretched. From the sweltering Indian heat of the lowlands, it was carried by road then porter for six days before arriving at our top camp. A delay in the previous day’s delivery resulted in Sherpas scrambling down the steep moraine slope of the east Zuma glacier to hack lumps of ice for our polystyrene freezer boxes.

Despite close medical attention, one person with acute mountain sickness had to descend early. With assistance from two of us and Sherpa guides carrying oxygen she made the 1,000 m descent to Yabuk. The descent was successful and rapidly reduced symptoms giving her a good night’s sleep before the rest of us descended the following day.

The descent to Lachen only took three days, staying at the same camps as during ascent. Oxygen levels restored, we enjoyed the mountain scenery, with its glaciers, rivers and forests even more than the ascent. Lachen Peartree hotel was a much-needed respite from camping with showers and proper beds. We were welcomed with glasses of cherry brandy, cheese, crackers, and the obligatory electronic connections to the outside world of emails and WhatsApp. Spirits were high around the fire that evening with a delicious meal. The following day saw our final interception study and a chance to explore the town and pick up a few souvenirs.

Then came the long journey back to Gangtok where we completed our expeditions and had a beautiful meal out with some very entertaining awards purchased by Jo and Mark. We had a very early start to Bagdogra airport the next day back with heavy traffic frustrating our arrival. We said goodbye to our leader Jo at the airport and immediately were met with a $100 excess baggage charge. Too many presents had been bought in Gangtok and packed into equipment bags. Would Jo have allowed that? We were soon back in the hustle and bustle of Delhi. We had a final meal out in the business district, a very upmarket area that felt strange after three weeks in remote Sikkim. The flight to London was uneventful with all our precious samples arriving frozen and all boxes intact – much to the delight of everyone. It had been a trip of a lifetime. 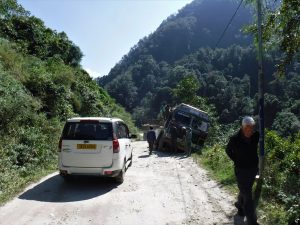 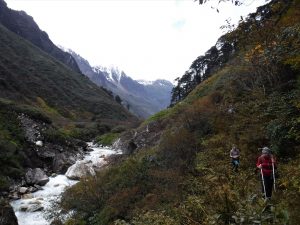 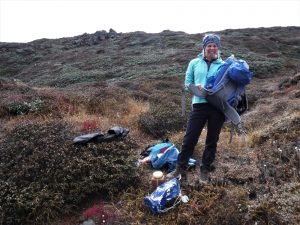 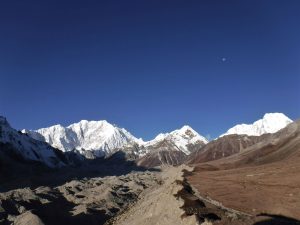 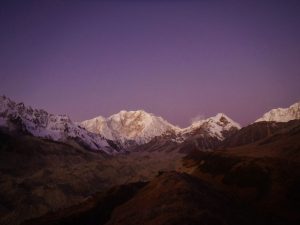 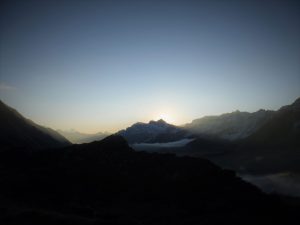 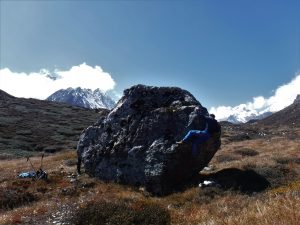 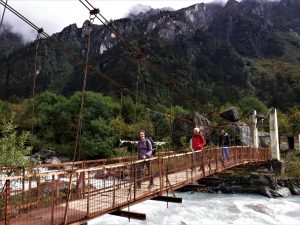 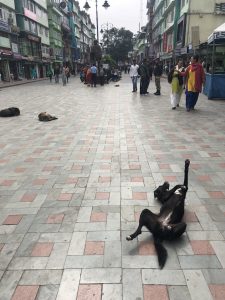 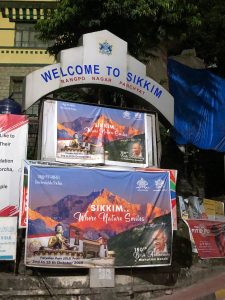 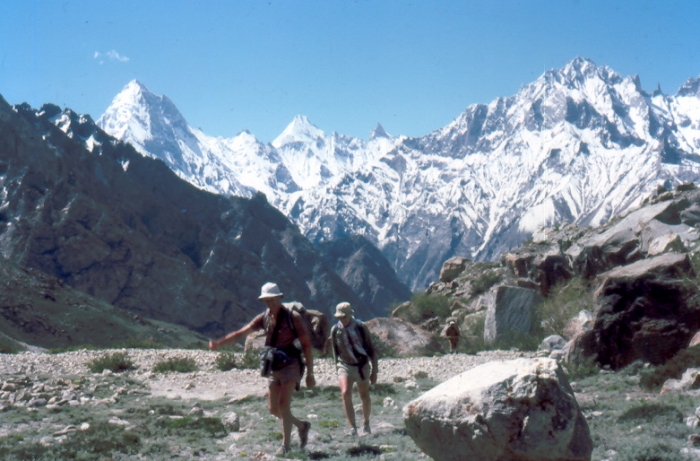 Karakoram, Pakistan – 1987 The interesting journey via Islamabad and Skardu with views of Nanga Parbat, mighty rivers, apricots drying, mulberries dropping off the trees … 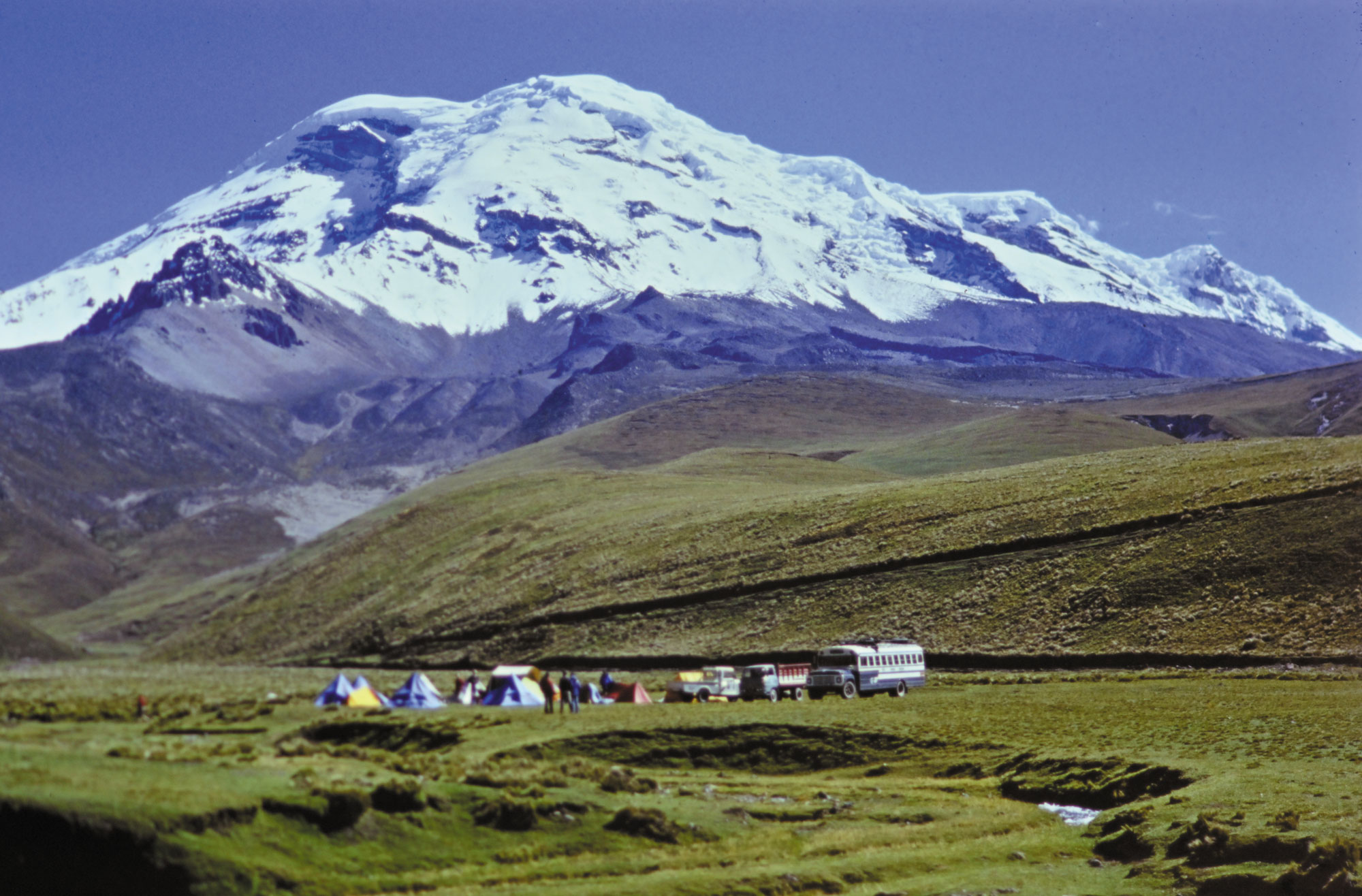 Chimborazo, Ecuador – 1979 Our aim was the recently opened Refugio Edward Whymper (5000m) with access to the summit of Chimborazo (6310m) which was first … 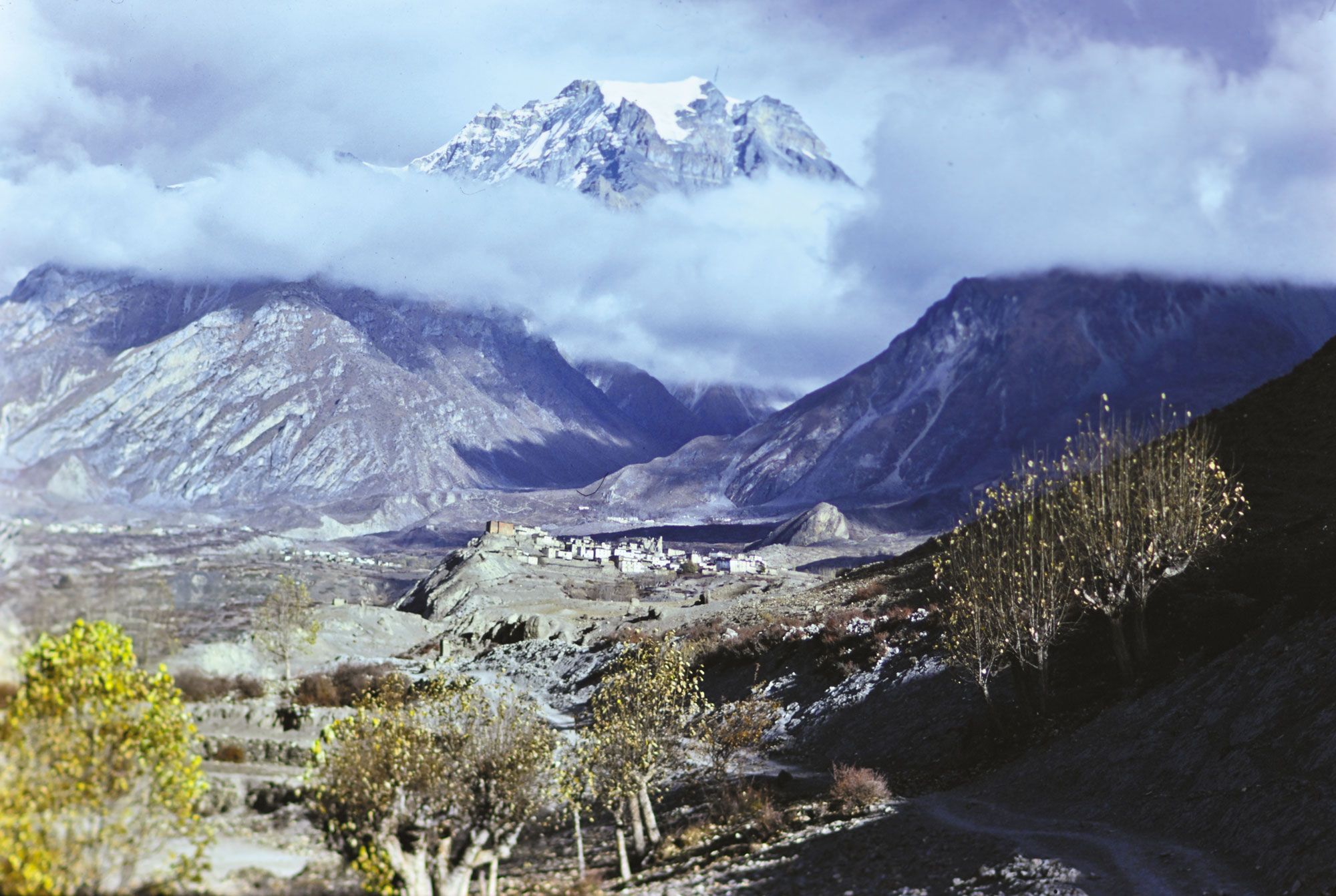 Thorong La, Nepal – 1977 The first expedition was in Nepal, with 17 subjects trekking 200 miles from Pokhara, through the Kali Gandaki, the deepest …